Advantages: feigned friendliness, smart contract design (one side for Stepin)

What is described here about INTO, we have experienced in similar way worse at Stepin. We have Stepin chosen because we deemed the contracts of INTO-sided and unfair. As we have hoped for by the friendliness of Stepin Broker us more – unfortunately in vain. In fact Stepin has taken just a little more tricky: After you signed the contract and the first installment paid, then came to under-writing «rules», where then were similar to one-sided formulations, as we had not accepted at INTO. Unfortunately, time had gone by, so we would not have had the chance to choose an alternative organization. Very clever gedeichselt of Stepin.
So we were hoping that everything will be fine.
But it was not: Poor homestay, hardly care, often not even answer calls or emails. Finally, our daughter long-term stress has not withstood, premature termination of the program.
Stepin refuses to make any refund.

I find that it is time to comment on Forte International Exchange Association’s (FIEA) last response to our attempt to address their claims about our son, xxxx.

I suppose both FIEA and the US Department of State are just waiting for us to go away and shut up. That is certainly the impression we get from the continued appearence of Becky Sanderson in the ranks of FIEA – not to mention the fact that she is allowed to continue within the exchange industry at all. Another thing that we have acknowledged is that we simply cannot afford the fees of US attorneys or the fact that we will end up with a word-against-word situation for the most part. But some things are not word-against-word.

The US Department of State cannot escape the fact that FIEA placed our son in homes that were not qualified for foreign exchange students at the time. FIEA broke the regulations on several points and Becky Sanderson and Christine Lovell were both responsible for putting our son through a situation where the host families did not have a clue as to his qualities as a person – in spite of letters being provided for potential host families.

On October 17, 2012 FIEA sent a mail responding to «the comments made by the Almenningen family regarding the dismissal  notice of their son, xxxx.»

We had claimed that: «Living with xxxxxx was a temporary measure. They were not allowed another exchange student, but would gladly have taken xxxx in if they could have. As recently as October 8, xxxxx repeated this to me. She would like to have him back in her home for a visit if he could possibly come back to Mena. Her teen-age girls like him and they wished he could have stayed. xxxxx has, in fact, served the function the local representative should have had.»

To which FIEA responded: «The temporary host family, xxxxx, had no intention of continuing to host xxxx. This is evident in the email xxxxx sent to our office. In the letter, it states that all members of the xxxxx family, except xxxxx, could not tolerate xxxx. In fact, all three host families who welcomed xxxx into their home had difficulty getting along with the student and eventually could not make it work.»

This mail from xxxxx is in the hands of Mr. Alexander. I cannot say if these were the feelings of xxxxx’s family. All I know is that xxxxx told me what she did on the phone. Whether she was lying in the letter to FIEA or to me is something I cannot know. As I have shown before in mails below there is the statement from xxxxx to us regarding FIEA’s pressuring the host-families. Whether this holds true for xxxxx as well is unknown. What is known is Becky Sanderson’s repeated behavior toward other foreign exchange students and host-families. The US State Department has at least 45 complaints regarding Ms. Sanderson and some of these include pressuring and creating conflict between host-family and exchange student (ref. CSFES USA).

FIEA also claimed that: «Our local representatives or area directors would never threaten, ridicule or ever tell a student to «shut up». The writings of Becky Sanderson through text messages were firm and tried to explain the situation at hand to xxxx.» Once again I refer to Becky Sanderson’s track record.

Another claim by FIEA is: «xxxx is not the only Norweigian student who is currently participating in the exchange program. And none of our other students from Norway have exhibited some of the mannerisms which have been conducted by xxxx: shooting himself in the head with his finger or saying he is depressed, but meant “deprimert” or” deppa”. Forte admits an exchange student will have a transition period where the student battles with cultural shock. However, the character traits exhibited by xxxx, coupled with his inability to get along with three different host families, are something more than just not being able to acclimate to a new surrounding.»

This has been addressed in previous mails (see below). I will repeat that in no sense did xxxx appear suicidal while living in the US. Why Becky Sanderson would say such a horrid thing, one that frightened us as parents thoroughly, is beyond belief. That she would, while M was supposed to be suicidal, behave in a manner displayed in the copy of an sms conversation between herself and my son along with the things she repeatedly told him in phone conversations is also incomprehensible.

FIEA’s final statement dismissing xxxx: «Forte stands by our decision for xxxx’s early dismissal from the exchange program. As stated in the dismissal letter, due to his mental stability, admittance to depression, and thoughts of suicide, we felt it was in his best interest to return back to Norway. xxxx even wrote in a text message to Ms. Sanderson he was willing to seek professional help in the States. Forte took this to mean he admitted to being depressed. To ask our host family to host a student who is depressed is asking for too much, and a burden which they should not be have to endure. That is why the decision was made to send him home early. In addition, xxxx’s behavior also played a role in his dismissal as it lead to him being removed from multiple host families.»

This is the wording in the sms FIEA are referring to:

The agency contacted your parents. You’ve been in 3 homes and still not happy. You need to get some professional help when you get home.

I was really happy when I lived with the xxxxx I have no complaints to make about them.

I don’t think this is the right thing to do. I’ve been depressed before, but to quit has never helped. I have never said that I was unhappy in my second home. I’ve never said I wanted to return to Norway!

I can get professional help here as well.

Texting is better than talking at the moment. (She tried to call me, xxxx.) »

With regards to claims about xxxx’s behavior we have his word against FIEA’s. Considering the history of FIEA and Becky Sanderson, I have no doubt as to which version I am more inclined to believe. It does appear as though the US State Department feels differently.

I believe we have tried to be as open about matters as we could have been. I also believe that we have addressed the breaches of regulations in a concise manner. There is also the fact that Becky Sanderson has a track record that ought to make any parent afraid to let her near their children. Both she and FIEA deserve a slap and xxxx certainly deserves an apology for the way he has been treated.

::::::: Everything you are doing to fight this company is causing drama for the families here that may or may not care about you. We are being asked to sign something that says Forte did not take you out of a home that wanted you there. I have not read the actual paper yet, so I do not know if what it says is true enough for me to sign. I do know this…yes, we wanted you to stay. … I’m not going to lie for you or for the company or for anyone.

::::::: Forte is trying to get me to make written statements about anything that will help them with their case. … 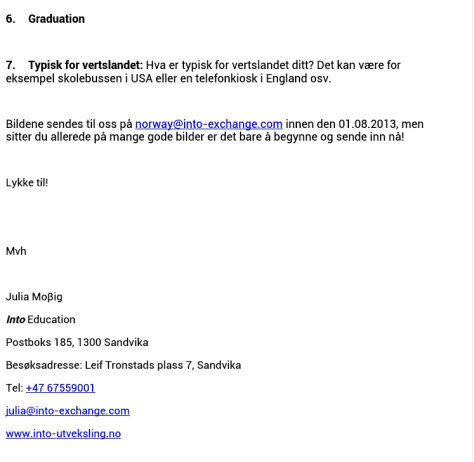 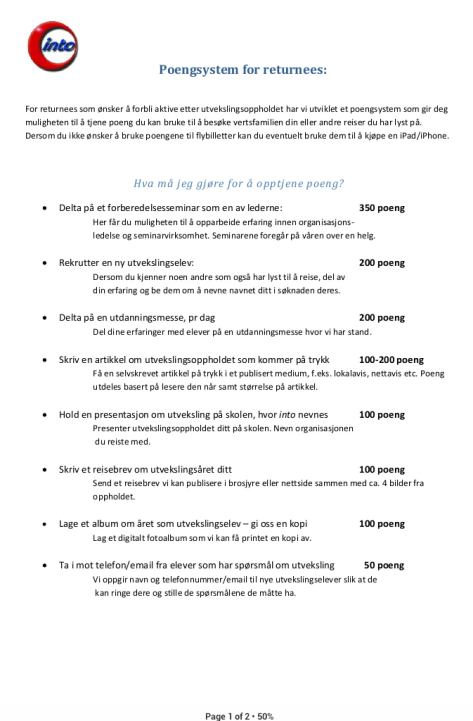 Here is some pictures of the home 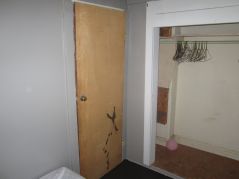 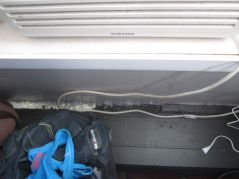 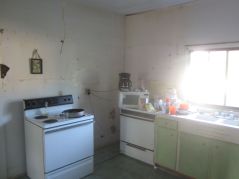 Let me add that I posted theese pictures at the Into facebook group, and well. Here are some of their comments. –

– You have to change, no one can live like that
– Agree, this is to sick, locks like you live at the street.
– Is this proper living.

Here is the originale.

Hey, I got some trouble with my host family; well I am just going to make a list.

This is all reasons to change family, but I was going to give it some time before saying anything, to see if things changed. Well they changed and that is why I am contacting you.

Today afther chuch they spanked their tree year old girl (….) This might not be against the law in Arkansas, but it’s surtantly not accepted by me. And this made me feel real unsafe. Because if this is what they do to their own children, what are they going to do to me. (The reason they spanked her was because she did not want to leave church, which is something I can understand. Since I also dread coming back to their home.) 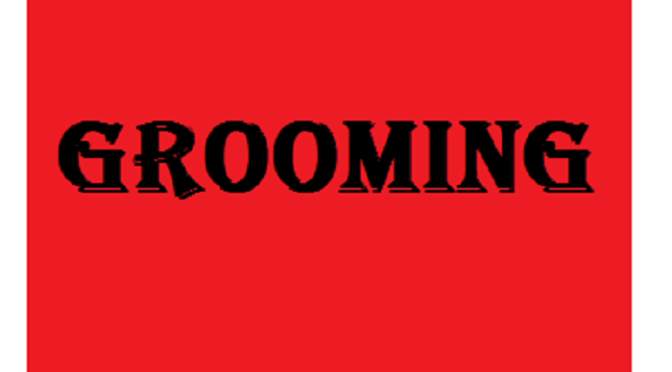 Grooming: To prepare, as for a specific position or purpose – i dette tilfellet å utsette eleven for overgrep.